There is a large amount of art of the Combine Soldier, radically different from any versions we see in-game. 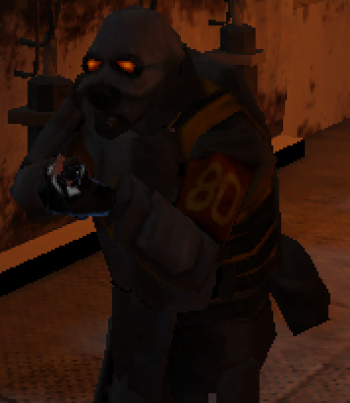 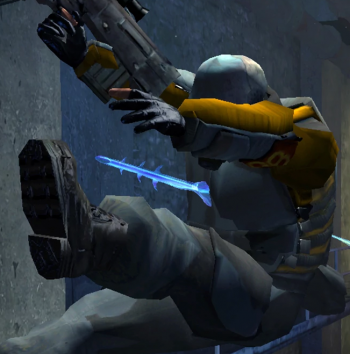 A strange version that is apparently a mishmash of Combine Soldier and early Counter-Strike assets[1]. While the helmet is white, it seems to be more detailed than Version 1's. This is the only shot it appears in. 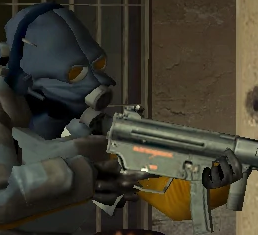 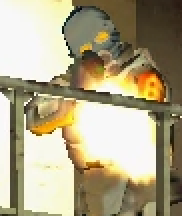 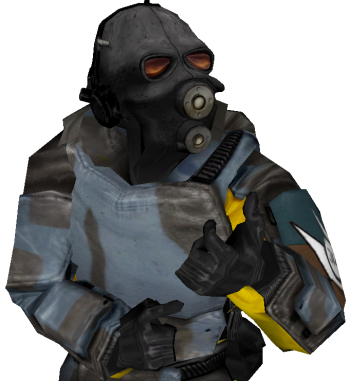 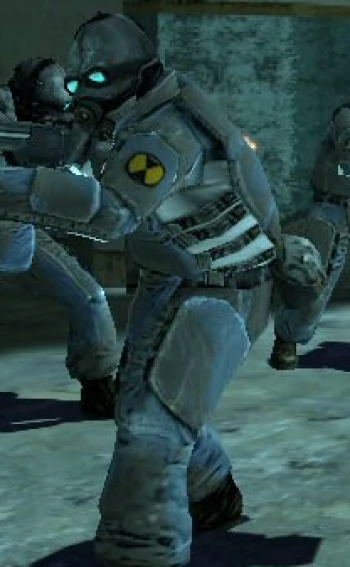 This is the finalized version of the Combine Soldier in Half-Life 2, varying primarily in shading and plate color from Version 5. No official screenshots are known to exist of this, as the Combine Soldier changed to Version 6 fairly late in development.

This is final known version of the Combine Soldier in the Half-Life series. The the only difference between version 6 and version 7 is that version 7 has a dirt overlay in the texture sheet, to fit the outland theme of Episode 2. Apart from that, much is the same, even the shading is the same.