The physcannon in the Leak is identical to the retail version. The physgun is more involved, playing more heavily into being a physics manipulation tool.

The left click emits a beam that can manipulate physics objects. It can only grab objects up to 4096 HU away, and its ability to move objects falls off if the object is too heavy.

Right click allows you to weld. To do so, right click two places or objects, and drag the first "blob" to the second. They will begin aggressively sparking - if you release now, they will be welded together. The ammunition counter, if emptied and reloaded, will destroy all "blobs" and their welds.

Valve intended to use this in the game by having the player weld physics props together to create bridges and staircases.

It was eventually replaced due to difficulties with integrating it mechanically, leading to the Physcannon succeeding it. 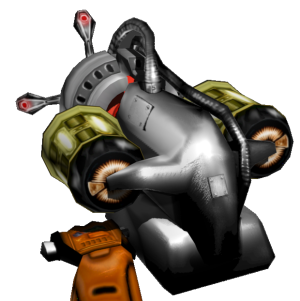 The truly original Physgun, created shortly after Valve licensed Ipion Virtual Physics (later bought out by Havok). The sounds for it were added in March of 2000, thus the date.

3DS Max files often contain a modifier stack offering insight into the construction of the models. There are three distinctive layers of the mesh's composition - an incomplete one with only the metallic materials, another tapered (a common technique used in Half-Life, seen also with v_hkgr9), and the final with the rest of the mesh. Rigging was then added onto this.

The following materials are in use in the file (their textures included alongside the captions):

However, this leaves the following maps nonexistent:

Splitting between the two periods of texture additions shows an alternative progression of the model:

The third texture is missing, and the fourth is the view-projected back of the Physgun. This implies the third might have been the original metallic material, which was replaced once the view-projection was done.

Although other high quality Half-Life textures have been found, these commonly reused hand textures have never been seen before. They are compared with normal (SDK) examples. The glove chrome texture is the same as normal, although it doesn't have the 8-bit compression.

The HL1 hand textures are the very last textures added to the model, and the texture gaps above could have easily contained these two (or more) textures.

A concept art piece released with Raising The Bar in 2004 is based on this model.

When the model was created, it didn't use the Half-Life textures originally. In fact, evidence supports it used the flare gun's hand textures. While the mesh is modified to use the HEV textures, it has numerous leftovers. Why was it changed? Gabe disliked that incarnation of the suit, and it may have been crudely switched to Hl1 textures before a new, HL1-based HEV suit could be made.

This appears in the Leak in materials/sprites/w_icons4b.vtf. No model for this version exists, however since the items in these sheets were modelled it likely existed at one point. 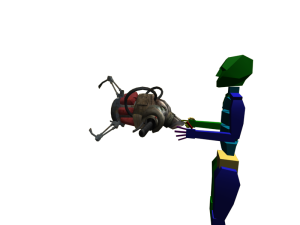 This is the "new" physgun replacing the "old" version. This physgun, while otherwise identical to the Leak one, has the red rotators occupy nearly the entirety of the barrel's length, making it overall much shorter. 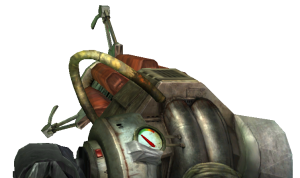 This is the final model made for the Physgun before it was scrapped. This was featured in E3 2003, and is the version present in the game files.

According to the sounds, the weapon was first made in late 2001, and sporadically worked on since.

This is the earliest iteration of the physcannon. Although its current texture is in the Leak, Pelpix's render of it used a different earlier texture[2].

It was first shown off in the Steam Developer Conference in 2006. In the 2016 leaks, the model was initially shown by Pelpix, and the compiled model released later by the bean stealer. The sources appeared at a later unknown point.

It uses a very different mesh than what is seen in future iterations, resembling more of a rusted metal contraption provocative of the more dirty aesthetic seen in most beta weapons and concept art.

The texture used for this version is most likely made using the same method used for most Half-Life 1 weapons. 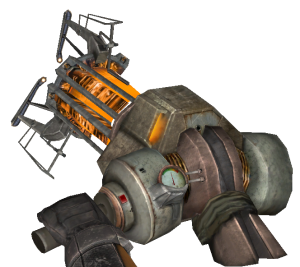 This version of the Gravity Gun is the one present in the Leak. It changes from the entirely separate model used to a mixture of the older Physcannon with newer work on top of it.

Much like other weapons in the leak, it has a higher resolution texture but unlike other leaked weapons, the higher-res texture is actually used.

The orange area of the Physcannon is based on a stock photo of a jet engine. The exact image is unknown, but a very close one has been found: 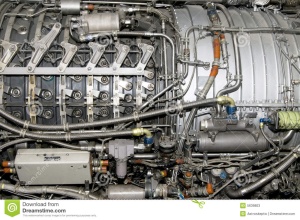 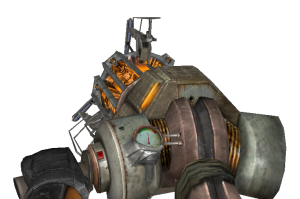 This is the final iteration of the Physcannon, used in Half-Life 2 and its episodes. The texture is unchanged, but like all weapons appearing in retail is made 512x from 1024x.