The Consul is a character design that lead to the Doctor Breen we have in retail half life 2, in which his role is Administrator rather than consul. 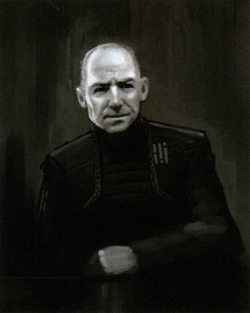 Early on, the Consul seemingly took inspiration from star trek, with one concept resembling Captain Picard leaning on a desk. this concept was used several times over, featured in posters and on breencast monitor textures.

Other concepts with more exaggerated features don't have a clear date before or after the more realistic features of the one more directly based on picard.

this includes the concept of him embedded with combine technology to keep him alive in a very deformed body.

here in a piece of concept art where his title was still Consul, they changed to a design that much resembles the facial model used for Breen.